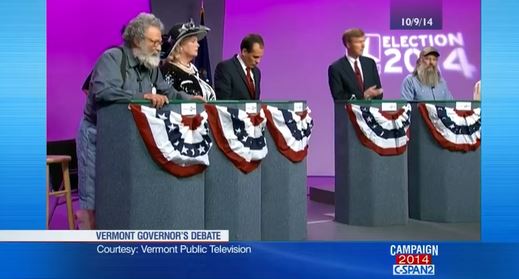 Most televised political debate in the United States is a lifeless, platitude-laden sideshow with virtually no value except as a grim form of entertainment, like watching democracy itself fed to the lions at the Coliseum. That is why Vermont’s recent gubernatorial debate, in which every candidate on the ballot was invited to participate, was such a breath of fresh air.

Vermont’s Democratic incumbent governor Peter Shumlin has a virtual lock on the election, with a double-digit lead over Republican challenger Scott Milne. Fortunately, the five other candidates on the ballot made for a lively discussion October 9. Read More