The eight-week-old social network Ello has a manifesto: no ads, no data-mining, no algorithms that make decisions about what you should see, no turning users into products. If you hit the “I agree” button after the manifesto, the site puts you on the waiting list for an invitation. If you click “disagree,” it sends you toFacebook’s privacy page.

The site’s creator, Paul Budnitz, initially comes across as the male version of the ‘Manic Pixie Dream Girl.’ “I create beautiful things that change the world,” he says in his Ello profile. He lives in Burlington, Vermont selling the “most beautiful city bicycles in the world.” He founded Kidrobot, which makes designer toys such as a silver Homer Simpson buddha statue. According to his personal biography, he writes books, makes films, and collects “cultural wearable artifacts,” such as a classic pair of Air Jordans that he sold for $16,000. His eyes shoot lasers. 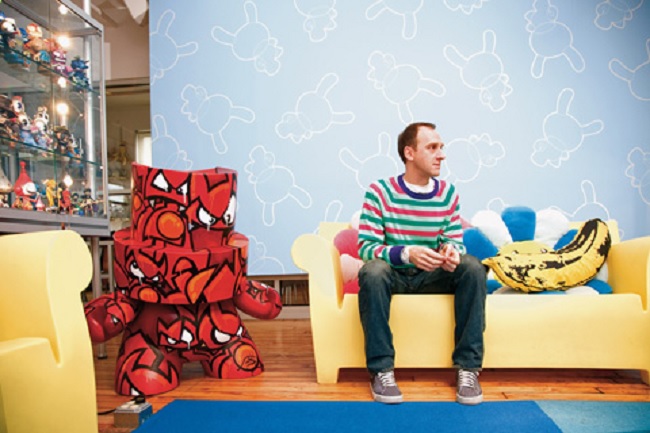 We see Facebook as an advertising platform not a social network,” says Ello creator Paul Budnitz.