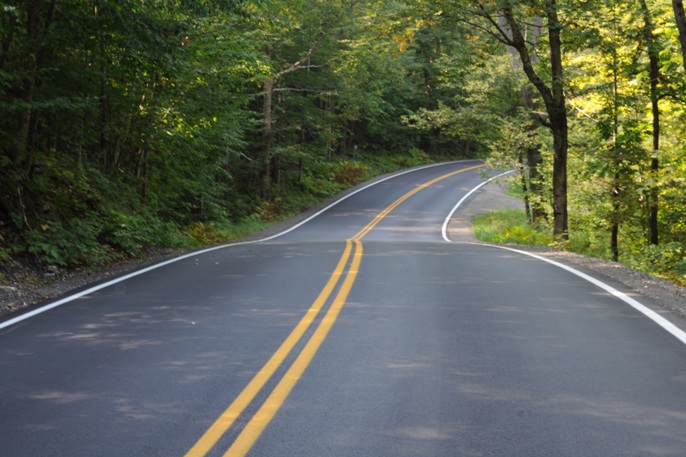 Summer is in full swing and so is road construction. People from around the world have chosen Vermont for a vacation, a wedding or a business conference. Add to that farmers’ markets, music and theater events and we have a lot of people trying to see and participate in as much as possible in a short period of time. Road construction is at its peak as crews take advantage of every minute of good weather.

I-89 bridge replacement work continues in Milton. There will be night paving from 7pm to 6am between Richmond and Colchester as well as a paving between Berlin and Brookfield. Drivers should expect lane reduction and slower speeds in the work zones.

I-91projects that affect traffic this week will include two bridges and one paving project. Paving will be active in the north and southbound lanes between Exits 23 and 21 (Lyndon and St. Johnsbury). Drivers should expect slower speeds and lane restrictions. In Windsor a bridge project sends northbound traffic into a southbound lane with speed restrictions. Another bridge project in Brattleboro between Exits 2 and 3 will relocate northbound traffic into the southbound lane. Drivers should expect delays in this work zone—especially during peak commuting and weekend getaway hours.

VT 108 in Enosburg will see reduced speeds because of a five-mile-long paving project.

VT 105 in Richford will see short delays because of paving work. In St. Albans VT 105 is closed between the St. Albans Messenger building and Seymour Road for a realignment project.

US 2 from Colchester to Alburgh is being paved. Drivers should expect delays in this work zone. Paving in Williston will continue at night on US 2 between Helena Drive and Agway. US 2 from Burlington to South Burlington is being realigned near the Staples Plaza. Another paving project on US 2 between Waterbury and Bolton requires alternating one-lane traffic and much of the road surface is currently gravel. In Waterbury at the intersection of US 2 and VT 100 the installation of a roundabout will begin this week.

VT 15 in Hyde Park will see the installation of a box culvert slowing traffic.

VT 12 between Elmore and Morristown includes a six-mile paving project that will create one-way traffic. Delays should be expected in this work zone.

US 5 between Lyndon and St. Johnsbury is reduced to one lane because of a paving project. Delays should be expected especially during the afternoon commute.

RT 14 in Barre Town is having a culvert replaced in Jockey Hollow. Drivers should expect a 25 mph speed restriction.

VT 73 in Rochester will be closed to all traffic beginning at 6 PM on Friday, July18th until Monday, July 21st for the replacement project of Bridge 15 over Brandon Brook. Check rmw.vtransprojects.vermont.gov for detour information.

VT 107 between Stockbridge and Bethel will have a roadway improvement project this week. Blasting will begin several times a day during the week on July 14th. Traffic will be stopped during blasting. Expect delays.

VT 12A will be reduced to one lane between Randolph and Roxbury for a culvert replacement project.

VT 12 in Barnard remains closed for a bridge project.

Night work continues on Woodstock Avenue in Rutland from 6pm to 6am. The sidewalk project will slow traffic in that work zone. Signal work requires lane closures along South Main Street.

US 5 traffic delays are expected at two separate bridge projects in Hartland. Expect delays in these work zones. US 5 in Putney and VT 123 in Westminster will both see delays because of paving.

VT 131 is closed at the Whitesville Bridge.

VT 100 between Jamaica and Londonderry will experience traffic delays and lane restrictions for a paving project.

VT 9 in Marlboro at the Brattleboro town line includes a detour around a bridge project. Short delays should be expected.

Remember: No phone in the zone. Happy Motoring.

Brent H. Curtis is the Public Outreach Coordinator for the Vermont Agency of Transportation.