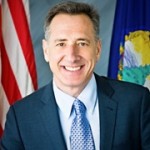 Two months ago, voters in bright-blue Vermont came within an eyelash of ousting their Democratic governor in favor of a rookie Republican businessman — and the race still isn’t over.

The contest between two-term incumbent Gov. Peter Shumlin and Republican Scott Milne was so close it triggered an unusual provision of the Vermont Constitution that gives the state’s 180 lawmakers the final say. A secret-ballot vote to decide who will govern the Green Mountain State for the next two years is scheduled for Thursday.

Most observers expect the state’s deeply Democratic legislature to grant Shumlin a third term. The vote in Montpelier this week is a result of a colonial-era provision of the Vermont Constitution that requires successful statewide candidates to win more than 50 percent of the vote. Although nothing binds lawmakers to choose the top vote-getter — this is the 25th time in history the vote has been kicked to the legislature — that’s been the practice in every modern gubernatorial election. 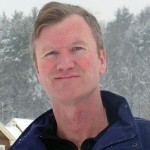 That the race was close at all was just another blot on a miserable 2014 for Shumlin, who helmed Democratic efforts to win governorships before he nearly lost his own. As chairman of the Democratic Governors Association, Shumlin traveled the country as his party’s top cheerleader for gubernatorial prospects — only to watch the best ones wilt and Republicans capture blue states like Maryland, Massachusetts and Illinois.