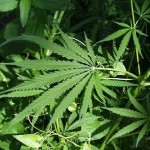 MONTPELIER, Vt. — Vermont lawmakers are considering whether to become the first state Legislature to legalize marijuana.

Four states and the District of Columbia have legalized recreational cannabis, but in each of those cases, it was voters at the ballot box, not lawmakers, who changed the law.