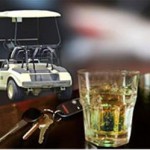 I found this dude on facebook, I won’t post his pic, he’s a Patriots fan.
(Source) : Andover,Vermont. – An East Dorset man is accused of driving a golf cart — drunk. Police say Jeremy Sanderson crashed the golf cart into a creek in Andover. As emergency crews were checking him out — they determined he was intoxicated. Sanderson was arrested and charged with DUI and operating the cart on a public highway.